We kick off a regular series on independent school leadership with Lila Lohr, one of the most respected interim heads in the educational arena today. Her thoughts on leading, leaning in and listening are applicable across schools, colleges and universities.

Kalix: What is the most important leadership quality for a head of school?

Lila Lohr: The ability to be flexible and to keep all the balls in the air. This isn’t multi-tasking – its figuring out what your role is in each one of the tasks. For me, this is the greatest joy of the job. No two days are the same, but it’s very difficult to finish any one task at any one time. I make sure that I spend time with no interruptions, say, 40 minutes each day. I also schedule things I enjoy: visiting classes, going to games.

What is the most underrated quality?

Just as you get to be part of the success when things go right, you take an awful lot of heat when things go wrong. Many school heads like to problem solve, but as a leader, you need to make sure that you are making suggestions and walking others through the scenarios, not solving their problems. My job is helping others find the solution.

What was your first job at a school and what did it teach you about leadership?

I taught middle school at the Independent Day School in Connecticut and coached three sports.  I knew nothing. I had never even babysat before that job. At the time, my husband was at Yale Law School, and we thought that I would go to law school. I picked a teaching job because of his calendar.

It was a really hard job, and I loved it! I learned that you need to be genuine. I didn’t have to pretend that I was the smartest person to set foot in a classroom. I knew that I had always been a good friend and knew how to encourage people. I realized that those skills parlayed into the classroom. By the end of my second year [of teaching], I decided no law school for me.

How does being an interim head allow you to lead in ways that a permanent head might not?

I have learned that [when an interim head starts] communities are nervous, so I share my goals in the beginning. With faculty members, I have them fill out cards with what they think are the school’s three greatest strengths and the three things they think I need to work on. I then share it with them and tell them what I am and am not going to do [during my interim year}.

Being an interim, the piece that is not so good is that I don’t get to know lots of parents and alumni very well. The relationship with the board president is the most important as an interim. That is the person you are most connected to for your year.

You’d better be collaborative! I don’t send out a letter of any importance without looking at it. The kiss of death is making an important decision without having someone else read it carefully. Be respectful of what has come before you. When I begin a new interim headship, I call the school attorney, and we have lunch the first month. I would never have done this five years ago. No matter what happens, when I can say each night that I have tried to do the right thing for the students – as long as I can say that, I can live with my decisions. 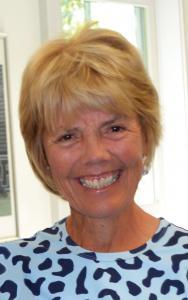 Highly sought-after nationally as an interim head, Lila currently is interim head at Marin Country Day School, her eighth interim position. Most recently, she was interim head at her alma mater, Garrison Forest School near Baltimore. Previous interim head positions include Friends School of Baltimore (first female head), Princeton Day School, Indian Creek School, St. Paul’s School for Girls, and San Francisco’s Katherine Delmar Burke School and Town School for Boys. Lila received her B.A. in Political Science from Vassar College and was among the first women to spend senior year at Yale. She has an M.Ed. from Goucher College and studied business administration at Johns Hopkins. Lila was a classroom teacher at the Independent Day School in Middletown, Conn., and Baltimore’s Bryn Mawr School. Her first headship was in 1986 at St. Paul’s School for Girls, followed in 1995 as Princeton Day School’s first female head. The author of Game Plan for Getting into Private School (Peterson’s Guide, 2000), Lila also is past president of Association of Independent Maryland Schools and former vice president, National Association of Principals of Schools for Girls.