Facebook dropped a bombshell of an announcement last week. According to Marc Zuckerberg, they are going to make some BIG changes in their news feed this year that will highly impact the visibility of brands, organizations, publishers and just about anyone with a Facebook Page.

Facebook was originally built “to help people connect and bring them together in meaningful ways.” However, the company has since received negative feedback from users who’ve communicated that they are being “bombarded” with posts from businesses, brands, news outlets and publishers – not to mention “fake news” and false advertising.

The social platform will now re-focus its energies on interactions between people. That is, how many people react to, comment on or share posts, which in turn will determine how high those posts appear in in users’ news feeds.

Public content from Pages has exploded on Facebook in the past couple of years. “The balance of what’s in [peoples’] News Feed has shifted away from the most important thing Facebook can do – help us connect with each other,” says Zuckerberg.

Zuckerberg also states that research suggests when people use social media to connect with those they care about, it can be good for their well-being. They feel more connected and are less lonely, which positively impacts their happiness and good health. Whereas “passively” reading entertaining or informative articles or watching videos may not be as good.

Facebook wants to make the user experience more positive. And, says Facebook pro Mari Smith, they want to appease the government by doing all they can to be sure to surface authentic content rather than fake news, click-bait and other unreliable content.

Smith also suggests that Facebook is gearing up to become a major digital television destination, while tapping into TV ad dollars. They’re also prepping to capture exclusive streaming rights of programs and events, such as the Golden Globe Red Carpet Moments, which was recently streamed exclusively on Facebook.

How do these changes affect your school’s Facebook page?

First, don’t panic! Though it appears that Facebook will favor people and negatively impact page visibility in the news feed, we really don’t know what’s going to happen until these changes roll out.

Facebook followed up Zuckerberg’s remarks saying, “Pages may see their reach, video watch time and referral traffic decrease.” (News Feed FYI: Bringing People Closer Together) And those pages with posts that get little to no reactions or comments from people will see the biggest decrease in distribution.

Our top priority is keeping you connected to the people, places and things you want to be connected to — starting with the people you are friends with on Facebook. That’s why today, we’re announcing an upcoming change to News Feed ranking to help make sure you don’t miss stories from your friends.

Little has been reported since then that actively engaged pages have seen a significant drop in post-performance. And, according to Loomer, “it’s possible it won’t happen this time either.” However, many social media experts believe that if you’re not publishing content on your page that initiates comments then you better get cracking.

What you should do.

Though my suggestions are totally based on speculations about what may or may not change on Facebook over the next year, the best thing you can do is PUBLISH MORE VALUABLE CONTENT on your page.

I’m not talking about daily updates about everything that’s happening at your school that feature photos of beautiful children and involved teachers. And (I can’t believe that I’m saying this) I’m not talking about driving people to your blog or website, though you can most certainly sprinkle in those types of posts. I’m talking about creating meaningful content that will inspire conversations, shares and actions. The kind of content that will spur your viewers to respond to what you’re publishing.

This all goes back to what I first learned in 2009 when social media and Facebook were barely words in our vocabulary: Put your followers first.

Listen and respond to what they’re talking about online. What are their interests and what are they sharing that’s important to them? It’s not just about your school, though I get that the content needs to be related. It’s about the social conversation that you need to create to get your followers involved. Get your viewers talking about your posts and your chances of dropping out of site in Facebook’s news feed may be far less.

Facebook stated, “page posts that generate conversation between people will show higher in News Feed.” Live videos often prompt discussions among viewers on Facebook – six times as many interactions as regular video. It’s a great way for your school to celebrate achievements, inform about news and events and get more personal with your audience. Celebrities and big brands do it. Now is the time for you to take advantage of this beneficial tactic to spark conversations on what is important to your followers.

The use of ‘engagement-baiting’ to get people to comment on your posts is not considered meaningful interactions. And ‘tag-baiting’ is definitely a no-no. 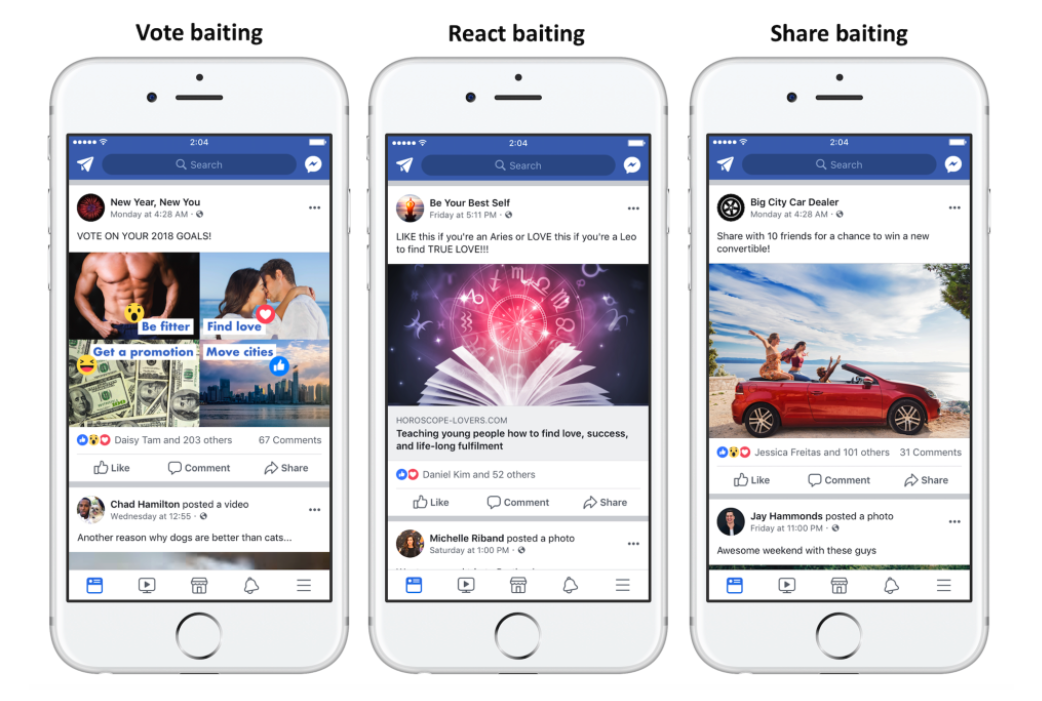 Set yourself a goal to increase engagement. More than anything else on Facebook, you want to get lots of comments, shares and likes. But keep in mind the engagement needs to be meaningful and authentic. You want to prompt people to leave thoughtful genuine feedback, not just one-word-responses.

One of the first changes noted by Zuckerberg referenced the changes you’ll see in news feeds “where you can expect to see more from your friends, family and groups.” This indicates that group conversations will be ranked high with personal conversations. Consider creating relevant Facebook Groups for your school that bring together parents, teachers, alumni and other stakeholders to talk about topics of interests surrounding your school, education, parenting and other significant issues. Use Groups to unite your school Ambassadors as they plan programs and share content with one another on their own Facebook timelines to raise awareness for your institution.

Assign a moderator to your groups to keep the questions, information and conversation flowing. NOTE: Responding to comments is the best way to spur even more comments.

At this time, Facebook gives no indication that advertising will be effected by these changes. It’s the organic content that is the focus of attention. However, it’s possible that decreased organic reach could increase competition and cost for ad space. Consider an increase in this year’s ad spend so that you can be sure to get your messages out to the people who need to see them.

Want to ensure that your followers always see your page’s content in their news feed? Educate them to choose “See First” in “News Feed Preference” on your page. There’s a good chance they won’t see much of the news and info they like unless they do this to all their favorite pages. 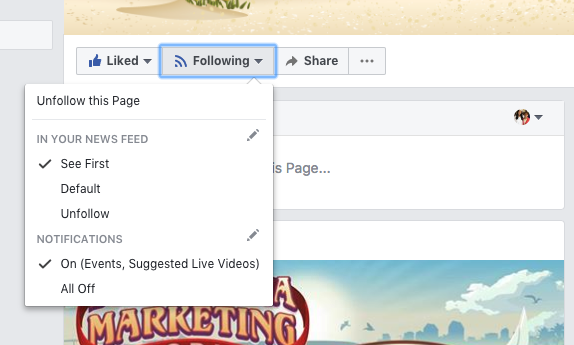 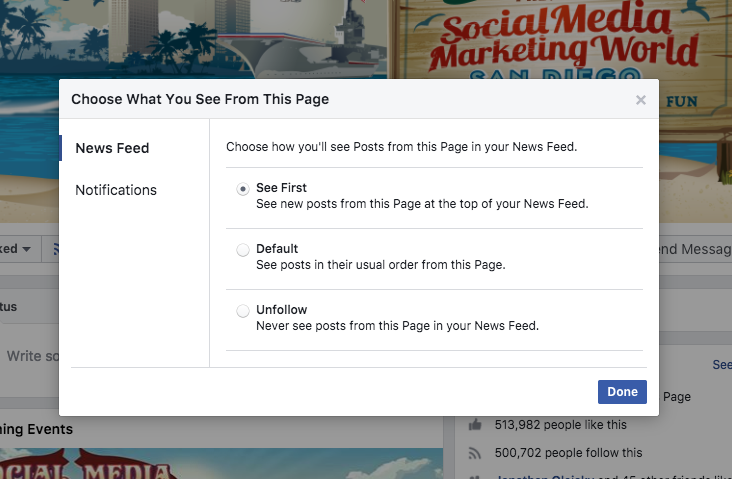 In a nut shell, the ingredients to circumvent Facebook news feed updates and keep your page thriving on the platform at this time are:

I’ll be attending Social Media Marketing World in San Diego, California next month along with hundreds of other social media marketing pros. This international conference is facilitated by the world’s top social media experts. When I return, I’ll give you the heads-up on the latest most innovative strategies for Facebook and other social platforms. So, keep an eye out for future posts that will tell you how to save face(book) and make the most out of your digital marketing.

Interested in learning more about social media? Check out these previous blog posts.

Summer Marketing Series #4: How to Execute a Social Media Audit for Your School