Kalix: What is the most important leadership quality for a head of school?

John Lewis: Being an ethical, caring person. As a school head, you are in a position to make so many challenging decisions. If a decision gets to your desk, it is a challenge. You are judged over time by the ethical quality of these decisions and the care [your decisions] show for both individuals and the school. A consistent, ethical compass and sense of care can get you out of a lot of trouble. People may disagree with your decision, but if you have these two qualities, people can see that you are trying to do the right thing.

Kalix: What is the most underrated quality?

Lewis: The ability to see the school as an educational and moral ecosystem and to understand the second and third order of benefits of any given decision. You need to see the world institutionally and individually. How will a decision affect the wider system? Sometimes what seems like an obvious decision is not. It’s not always clear how a decision might echo days, weeks, months and years later, in good and bad ways. For me, [decision-making] has always been an intuitive skill, but it can be developed through mistakes and opportunities. It’s a dual-vision that you learn.

Kalix: What was your first job at an independent school, and what did it teach you about leadership?

Lewis: I was a faculty intern, coach and faculty resident at Culver Academies in Indiana. It was there I learned that school leadership is an endlessly interesting profession. When I entered that job, I had a rational, linear view of leadership, but I know now that there’s so much more that goes on that is non-linear. I also learned to appreciate the ways that adolescents are funny, interesting and unpredictable. I find the latter to be less of a bug and more a feature of the job. Now when something happens, I react with curiosity more than any other emotion.

Kalix: What is your best advice for independent school leaders?

Lewis: Think about all the interactions you have in a day with students, faculty/staff, parents, alumni and donors. Ninety-nine percent of these go well, while one percent may not. Your success is not about what you are doing but how you are empowering others to be successful and to steward the school. I spend a lot of my time thinking about how I can build empowerment and ownership in others. If you can’t truly trust others, this is a very hard job. Heads of school often get to their positions by doing other jobs at schools well, but you have to unlearn those roles to empower others to be successful. I’ve learned that I am so much better off – and the school is better off – when I teach problem-solving skills rather than solving the problem. 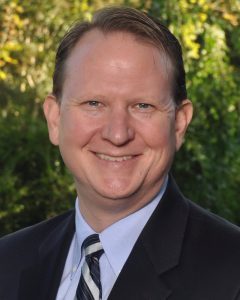 Appointed as Gunston School’s eighth Head of School in 2010, John Lewis has led several important initiatives at the school, including a re-naming process and unprecedented enrollment, endowment and campus growth. He launched the innovative, Ford-Foundation-funded Chesapeake Watershed Semester on environmental science and public policy in collaboration with Washington College, the University of Maryland, the University of Pennsylvania’s Wharton School and the Chesapeake Bay Foundation. A frequent presenter at NAIS annual conferences, his most recent article in Independent School Magazine is “Pushing the Limits on Pricing,” in Summer 2017.

A passionate environmentalist, Mr. Lewis founded and co-leads the Environmental Leadership for Independent School Leaders, a three-day retreat funded by the National Oceanic and Atmospheric Administration. He is Vice President for the Association of Maryland and DC Schools and currently serves on the Centreville Rotary, Mid-Shore Community Foundation, Horizons of Kent and Queen Anne’s County and the YMCA of Queen Anne’s County. Prior to Gunston, Mr. Lewis was Head of the Upper School at Ranney School in New Jersey and taught  at the United World College of Southeast Asia in Singapore, the Colegio Menor San Francisco de Quito in Ecuador (founding faculty member) and Culver Academies in Indiana. He holds an A.B. in English from Georgetown University, Ed.M. in Teaching and Learning from the Harvard Graduate School of Education and M.A. in Private School Leadership from the Klingenstein Program at Teachers College, Columbia University.

Catch up on past interviews with Heads of Schools beginning here: